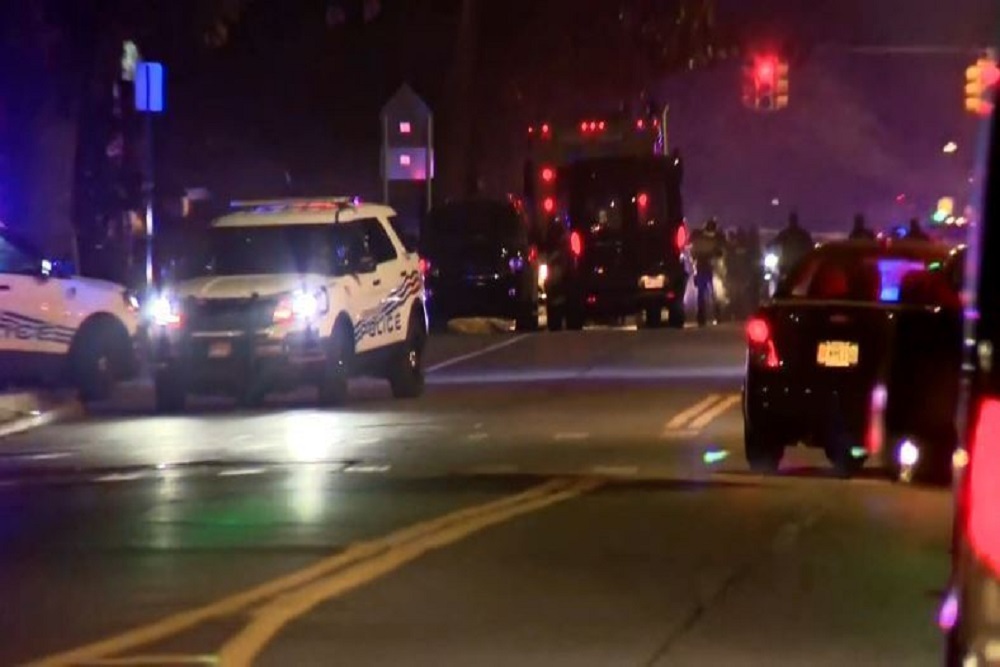 City of Allen issued the following announcement on Nov 21.

A police officer was fatally shot and another was wounded while responding to a home invasion on Detroit’s West Side, authorities announced late Wednesday.

The officers were searching the home for a suspect when they were shot, Police Chief James Craig said.

An 18-year veteran of Detroit Police was shot in the neck with a high-powered rifle, Craig said. The officer was taken to Sinai-Grace Hospital where he died from his wounds. The second officer, a three-year-veteran, was shot in the leg and was reported in serious condition. Neither officer was immediately identified.

At least one officer returned fire, wounding the suspect, who was taken to a nearby hospital, according to authorities. The condition of the man wasn’t immediately known.

Craig described the shootout as "part of a domestic situation,” saying the suspect had entered the home looking for his girlfriend.

According to Craig, the occupants of the house were fleeing the building when officers arrived and had warned them that the suspect inside was armed. Two more officers arrived for backup, and the four entered the home, clearing the upstairs of any suspects. The officers were shot as they descended stairs from the second floor, according to the chief.

The suspect, who hasn’t been identified, has a "lengthy" criminal history including weapons charges, and was recently released from parole, Craig said.

Detroit Mayor Mike Duggan said the city's officers have to be as courageous as anyone in this country.

"It's a night for Detroiters to reflect on what these police officers mean to us," Duggan said. "They're just on a shift and all of a sudden they're in a life and death situation."

Want to get notified whenever we write about City of Allen ?

Sign-up Next time we write about City of Allen, we'll email you a link to the story. You may edit your settings or unsubscribe at any time.